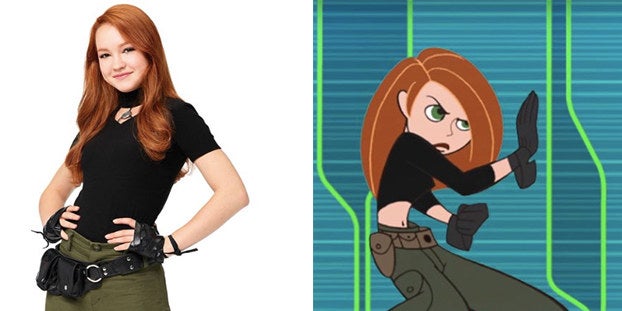 Who is Kim Possible?

She is the main character of the American anime series by the same name. Kim’s full name is Kimberly Ann Possible. She is a high school student who works as a freelance hero or vigilante. However, she is not an ordinary vigilante. Unlike others, she does not have a secret identity and is also on good terms with various law enforcement and state agencies.

She is also different from other vigilantes or heroes, as most of her schoolmates know of her heroic or vigilante ways. This makes her one of the most popular kids at her school. She is also the head cheerleader and an exceptional A-student. Unlike other heroes in most hero movies, Kim is not a misunderstood and low-key outsider.

Kim Possible costumes you can pull off

One of the best things about Kim Possible is that she wears different outfits throughout the animated series. Therefore, if you choose to go with a Kim Possible outfit as your Halloween or party costume, you have numerous options. You have various angles to portray the character. Kimberly Possible has the following distinct outfits;

Civilian Kim Possible wears a green tank top and ¾-length Capri jeans. She also wears a pair of white canvas shoes. This is her primary and most distinctive civilian outfit. However, sometimes she is portrayed to wear various outfits.

Cheerleader Kim Possible wears a dark purple outfit with bright orange and golden trim. This is the easiest costume to pull as a Kim Possible Fan.

While going on missions, Kim Possible wears a black midriff-baring imitation of a turtleneck with black gloves, green freight pants, and black shoes. She also wears a utility belt. This is her most notable mission outfit throughout the series. However, throughout the series, she explores other mission outfits, including a purple shirt, black pants, and grey shoes and gloves. Her later mission outfits are not as iconic as her original ones. Therefore, it would be wise to go for the first one.

Kim’s battle outfit is also one of her most distinct costumes. It is highly technical with incredible features, including a stealth mode that allows her to become invisible. However, it is one of the most difficult to pull off because of its distinct technical features.

Why the Kim Possible anime costume?

The American animated series features numerous characters. However, most people go for the Kim Possible costume. The Kim Possible anime costume is a great option because;

You can find Kim Possible costumes from eCommerce platforms like AliExpress and Amazon. All you have to do is determine which Kim Possible outfit you wish to wear and search the platforms for your options. Note that Kim’s mission outfit is the easiest to find. It is also the most recognizable and iconic option.

Key Ratings to Confirm Before Buying a Pressure Washer

Mistakes to Avoid While pressure washing any surface

Key Ratings to Confirm Before Buying a Pressure Washer